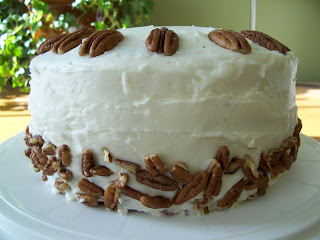 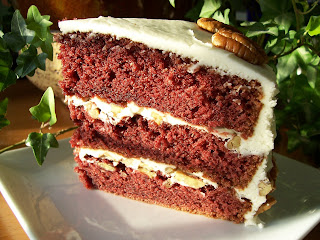 Writing at the Kitchen Table - Freya
Posted by Canadian Baker at 9:11 AM 20 comments: 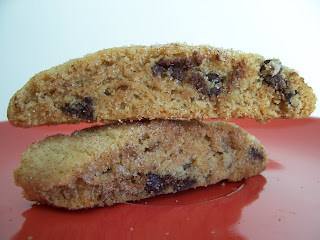 Here is what is written about Kamishbrot in the latest issue of Canadian Living:

"These crunchy, not-too-sweet, double baked cookies, also known as mandelbrot and kamish, are a Jewish version of Italian biscotti."

Kamishbrot is prepared the same way as biscotti and this particular version is sprinkled liberally with cinnamon sugar. The dough is made with vegetable oil, not butter, and they taste delicious. I know some people have oil aversion when it comes to baking but in these cookies it works fantastically.

Sometimes I find that biscotti recipes call for overly long baking times resulting in burnt or ultra hard cookies. This recipe (for me, at least) was dead on. The cookies came out golden and crisp - perfect for dunking in a latte or hot tea. The chocolate chips, nuts and coconut taste great together with no dominating flavour asserting itself. If you've never made a double-baked cookie, this is a good place to start. The recipe is straightforward though, you will have to do some shaping and rolling. Just give yourself enough time to chill the dough and bake the cookies. A little patience goes a long way. 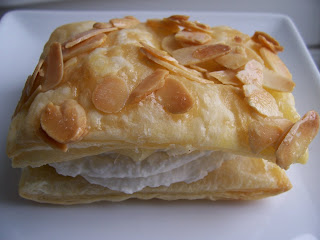 Last weekend my family and a bunch of good friends trekked out to Mountsberg for their annual Maple Syrup Days. I went last year and it is always a good time - pancakes, maple candy and wagon rides. I left with a bottle of local maple syrup already having something in mind for it.

Almond Ricotta Napoleons are a quick impressive little dessert. Using frozen puff pastry you make the shells which are simply brushed with maple syrup and almonds. While they're baking, you prepare a ricotta/whipped cream filling. There is very little sugar in the filling and I wanted it sweeter so I added some maple syrup. Yum! The ricotta folded in nicely with the whipped cream though the final result was not 100% smooth. This didn't detract from the overall dessert though, if you want a really light filling, you can always just use the whipped cream and omit the ricotta.

Overall I liked this dessert since there was a great contrast of textures. It was different from anything I've ever made and can be reinvented by adding some fruit, changing the filling or making a different topping. One thing I learned was not to put overly generous amounts of topping on the puff pastry. It made the pastry heavy so the Napoleons didn't rise. This made slicing tricky but not impossible. Napoleons make a good plated dessert so impress someone today. :) 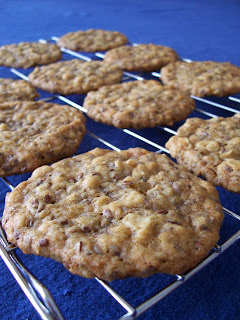 For those of you who love oatmeal cookies, here is another variation that is worth a try. I've been making Farmland Flax Cookies for a while now and they are popular in my house. This batch was requested by my friend who had a surplus of flaxseeds sitting in her cupboard so I helped her use them up.

The recipe is a snap to make and what you end up with is a golden, scoopable drop cookie batter. The flax seeds are added in whole, but for extra nutrition, try adding ground seeds as well. If you want, you can make them more 'seedy' by adding sesame seeds and sunflower seeds.

You can make the cookies soft and chewy or a little more crispier depending on your cookie texture preference. Just don't bake them too long because they do brown quickly. I baked these cookies for 11 minutes and they were crispy around the edges and soft in the centre.