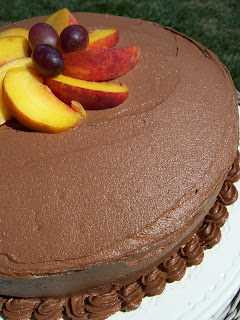 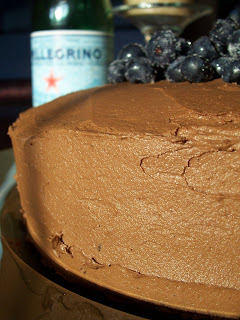 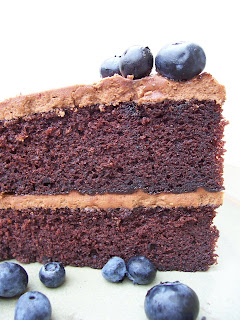 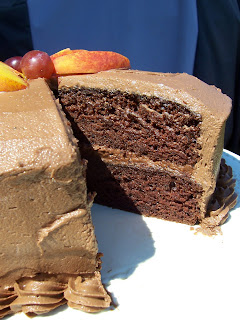 Nice cakes.
I used to make a chocolate mayo cake with my grandmother, using Miracle Whip instead of Hellman's (I think it was before Hellman's)

They looks scrummy! I remember my grandmother talking about a mayonnaise cake she used to make but I have never tasted one myself.

I have seen a couple of baking recipes with mayo but have never tried any of them - the cakes look magnificent, Jen!

Beautiful cake!! I would have never thought to use mayo - but it's really good to hear that you can cut the fat without losing the flavor or texture!

They look good but mayonnaise? in a cake? Why? I mean being Dutch I love me mayo (on fries, on croquettes, on cheese and rye) in a cake however...
I once tried a true Southern recipe using tuna and mayo in an ovendish, not to be repeated.

Michael's mother made a Miracle Whip cake for his birthday every year, at his request. Then one year he actually saw her making the cake and putting in the Miracle Whip. He was all traumatized until his mom explained that this was how she made his birthday cake every year. After that, he recovered. :-)

Mayonnaise is basically oil and eggs, right? I have vague memories of making a cake when I was kid with mayo, some recipe from my grandmother. I'll have to add this to my recipes to try list.

Mayo cakes are always so moist. Great of you to perform your experiment.

This recipe brings back memories of childhood picnics. My grandmother would always make a chocolate mayo cake to bring. My brother and I would get chocolate all over our faces and then go swimming to "clean up"! I haven't made one of these in years but think I will have to make one now.

Love your blog and thre recipes and ideas you give.
I have been tagged by Canadianbakertoo, Hendria, and now I am tagging you LOL
Please join in if you like.

Quellia - I think MW would work just as well.

Deborah - I know - that's part of the challenge. Low-fat is just as good as full fat.

Baking Soda - I thought that too, why mayo? I think its economically cheaper to make a cake with it rather than butter and it does produce a moist cake!

Elizabeth - You're not he first to mention grandmothers...perhaps the notion of using mayo in cakes is not new?

Peabody - It was fun to try them both.

Breadchick - Go ahead and take a walk down memory lane!

Rosemary - Thank you so much!

Hi Canadian Baker
Just wanted to show you. I recently made the 5-layered cake for an Indian Wedding in Botswana.It was an experiment. Do pass by me site whenever you can.

I am lookin for a recipe almost like this one only it called for instant coffee in it. We called it Black Magic Cake. My aunt used to make it and she now suffers from early stages of demntia and we are trying to jog her memory. If anyone out there has this recipe I would be forever greatful.

I always wondered if the light mayonnaise will work in this recipe or not, so I never made the recipe, but now I know! Thank you very much!
I want to cut the recipe in half, but don't want to bother with 1 and 1/2 egg, so do you think I can use just one? I saw lots of chocolate-mayo-cake recipes that doesn't use any egg, but you never know in baking...
Love your blog :)